Late June strawberry harvest – one of the simple delights in life!

We’ve been spending long evenings on the porch, watching the world go by while the house cools down. Nighthawks high above, blackbird flocks dancing on the ridge, and the messy pigeon swooping in to roost in our barn. A dragonfly buzzes by, dropping a deerfly on the rock in front of me. The fly is motionless, its innards sucked clean by the predaceous dragonfly. I quietly celebrate; deerflies have a nasty bite. The dogs sprawl in synchronized sleeping, heads touching in a reverse swan dive. I suppose that might be too poetic for a pair of mutts.

I am tired from the heat. I move quickly in the morning (after slowly savoring my cup of coffee on the couch). I try to get as many outdoor chores accomplished as possible before the heat intensifies. Mornings are cool, upper 50s, and pleasant. But the high, direct sunlight quickly seers the dewy suppleness from the air. By early afternoon the heat is harsh, and I move indoors to escape the sun. I read, study, nap, write… anything to be in cool environs for the hottest hours of the day. 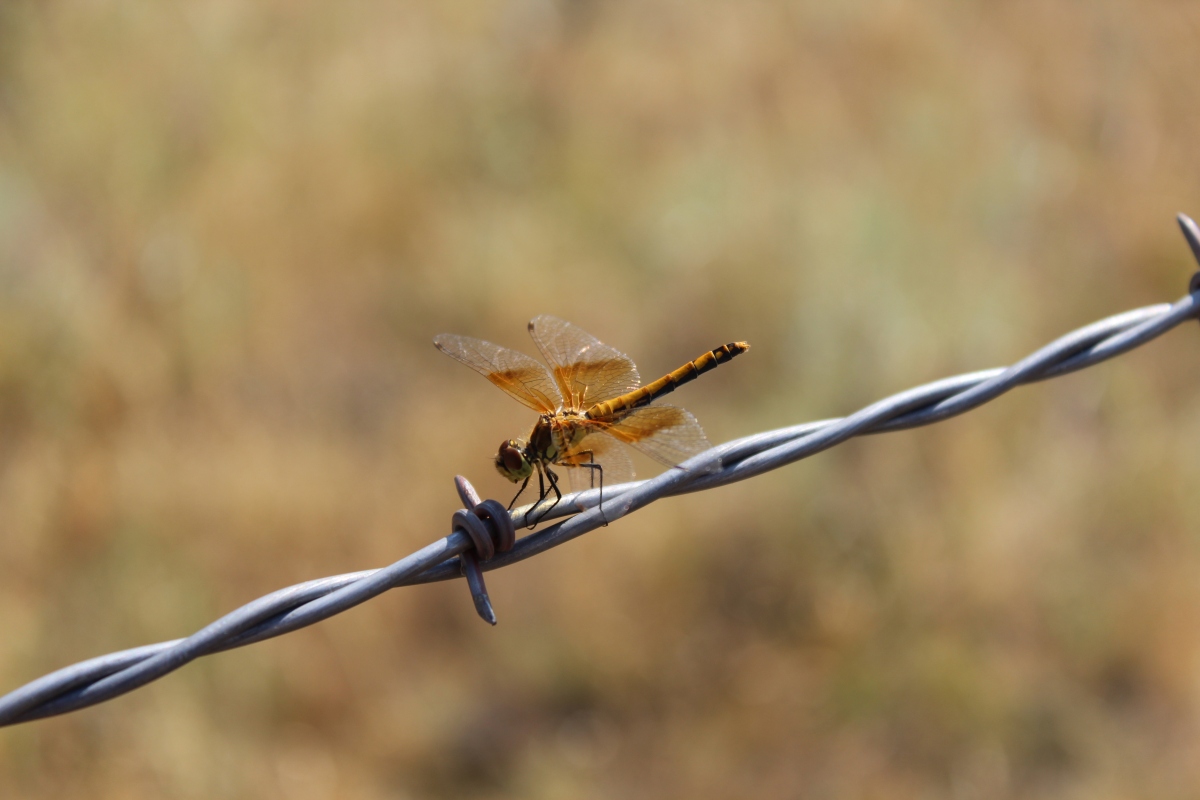 When I became a teacher, I mostly kicked swearwords to the curb. When they are part of one’s everyday vocab it is all too easy to accidently drop the f-bomb in front of a group of students. But there are times when angst, anger, or pain will drive me to swear. This past week, at least once a day I’ve exclaimed “fuck, it’s hot”. Something about the word fuck allows me to decompress and let off steam. Today it was close to ninety degrees by nine AM, and still ninety degrees at nine PM. Our thermometer has declared temps over 100 by two pm on a couple of afternoons. It is too hot. Too dry. The grass is crisp underfoot. And the heat brings out the flies. I long to be too cold. I dream of -20 degree weather with snow and wind. I would bundle up and get moving. Or sit by the fire and drink tea. I would be able to cope somehow. But this heat is brutal. There is no escape. Work outdoors must go on and for most of it I must wear boots and pants. Our house stays about 15 degrees cooler than outdoors, which is small comfort when it is 103. Punishing heat. It makes me cranky, tired, and prone to swearing. I am not my best self in this heat.

I went back to the river and found the offending plant tucked among the snowberry bushes along the shore. Poison ivy. My nemesis! I had completely overlooked it last Saturday and paid the price. Sunday night the first bumps appeared, and in my naivety I assumed they were bug bites. Monday, more itchy bumps popped up as the uroshiol oils spread from legs to hands to face to stomach. By Tuesday it was crystal clear; I had poison ivy hives everywhere! Having suffered from a brush with it in the past, I recognized the oozing blisters and slow, insidious spread of the rash. How could I have been so foolish as to think these were bug bites? I began the detox process: three thorough scrub-downs with tecnu soap, then bagging infected clothing, bedding, and shoes to be laundered in extra hot soapy water. At this point, I felt relieved that the spread of it was over, but the blisters I did have were just entering the intense itchy, oozing phase. I commenced a recovery regimen: oral antihistamines, steroid cream, loose clothing, cool bathing and trying hard as I could to not scratch anything!

Heat, flies, and poison ivy. That about sums up the worst of July. But there was a silver lining. My sister Lara and her family visited, and then my friend Pippi and her kids visited. All of the kids loved helping with chores, learning to ride horses and visiting the cows. It is a delight to see the world through the eyes of a child! And in the afternoons we all enjoyed relaxing in the cool waters of Deadman’s Basin (an unfortunate name, but a fantastic spot to go swimming).