Oh sweet, cool August! You have provided such soothing relief after the searing heat of July. Already we have had two evening rainstorms to freshen and moisten the parched earth. The daytime highs are merely in the mid-80s, far closer to a bearable average. I have actually been able to work comfortable outside in the afternoon. I feel far more productive. And yet, I never seem to get it all done. The school year starts in just a month and my teaching responsibilities will ramp up again. Even with my work load lightened in the summer, I still don’t have time for all the projects that I think I’ll get done. The days just skip along, full to the brim.

It seems like all the wildlife in the neighborhood has discovered my garden this summer. It began with the ground squirrels – more commonly known as gophers around here (although we don’t have true gophers in Montana).  The ground squirrels popped up into the garden in June, just after I planted it and went down to Colorado for ten days. While I was gone, they took over! They seemed to most enjoy the lettuce, and kept it expertly trimmed down and completely unedible.

Then in July the rabbits showed up. It turns out my “rabbit-proof” fence is completely penetrable by rabbits. I watched them squeeze through the openings; I have visual proof. They enjoyed eating all the young carrot tops and sunflower shoots, and managed to reach and nibble on my first ripe tomatoes. Simultaneously, aphids were sucking the lifeblood out of the tomato leaves, despite a couple of applications of neem oil.

Just yesterday I saw a chipmunk in the garden. This is a particularly surprising intruder because it is the first chipmunk I have seen in the coulee. They live in town, about two miles away, where there are a variety of deciduous trees and shrubs, not out here where ponderosa pines, grasslands, and sagebrush dominate the landscape. The interloper was busily munching on the seeds that I planted last week – a cover crop mix of clover, peas, vetch and ryegrass. I tried to rake the seeds under, but apparently the nutritious and delicious seeds were too tasty to hide from the chipmunk. Unlike the rabbits and ground squirrels, I couldn’t chase him out of the garden. He immediately hid in the winter squash jungle and despite my best efforts to cajole him out, he wouldn’t budge. It was amusing to watch. He flattened his body down to the ground under one of the big leaves and didn’t move, as if perhaps I couldn’t see him there. When I got closer, he’d move to another spot and do the same thing. After a few rounds of this he chittered away at me and was feisty enough that I didn’t pursue him further. After all, I was wearing flip-flops, and could envision him making an about face to attack my toes.

The sunflowers that survived the rabbits are in full bloom, the beet harvest was large enough to make a batch of pickled beets when my mom visits, and everything else just might ripen before frost. Next spring, I’ll be installing chicken wire around the garden! 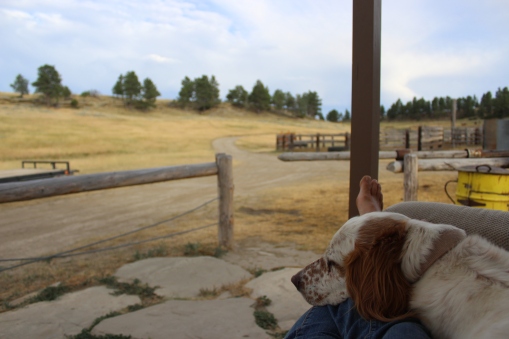 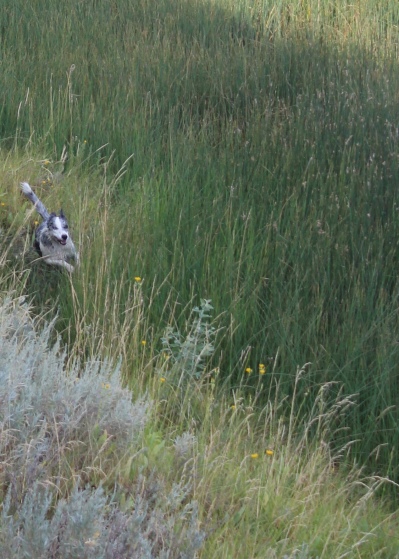 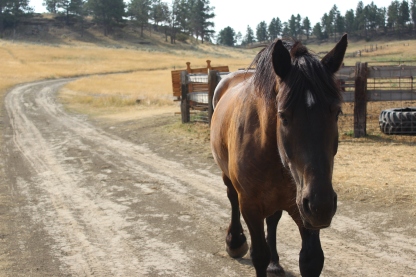